If you're looking a place to do as a day trip excursion from Paris, and you have an interest in things medieval, then Provins might be the place for you. If you want to know what to expect, here is our trip report from Provins....

A while ago we headed Southeast to the Medieval town of Provins, a UNESCO world heritage site. We caught the train from Gare de l’Est (the East Train Station). We were running a little late (or at least close to time) and had some fun trying to find the right ticket machine to buy tickets. It was interesting to see how far we had come since our first visit to Gare de l’Est when we went to Chartres. We had much less trouble this time and caught our train with time to spare. The trip is about an hour or so by train.

Provins is not one of the more well-known tourist attractions, although we really enjoyed it, and it means that there were a lot less English tourists. The town is more set up for French tourists, which meant that there was a lot of French spoken, but not a lot of English. We got by just fine, which was encouraging. We arrived just after lunch time and were feeling pretty hungry, so we walked into the main part of town and found a Patisserie. We picked up a few things from a local bakery and found a grassy spot behind a church to enjoy the afternoon sun. It turned out the church we were sitting behind was Saint-Ayoul Church and was originally built in the 12 Century with major upgrades in the 16th Century.

The church near which we ate: 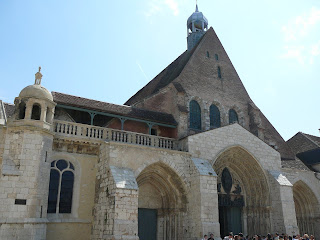 After lunch we began to wander around the town. It is split into two parts: the lower town and the upper town. We were in the lower town to start with and just followed our noses for a bit. We found a bell tower. This was the bell tower for the church and cloister of Notre Dame du Val which was destroyed during the French Revolution. 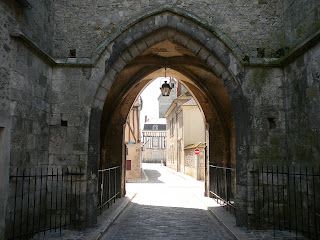 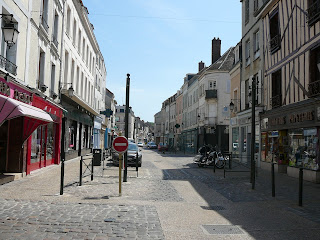 At the foot of the bell tower was a map which had a heritage walk which we decided to follow. This took us up the road a little further to the Sainte Croix church. The church is closed to visitors and looked in pretty bad repair. Like Saint Ayoul, it was originally built in the 12thCentury and restored in the 16th.

We continued to follow the path up towards the upper town and came across what looked like a church that was open. There were steps leading down to the crypt with an open sign on the door which said souterrain– not really sure what we were going to we went in and purchased a ‘Pass Provins’ for 9 Euro (much cheaper than the major attractions in Paris) which let us in to a vaulted basement. It was quite dark and it appeared to be just a large basement area, albeit with a cool ceiling. There was a French speaking tour of the basement being undertaken in the corner but we ignored it. However the guide invited us to join them for the ‘tour’. He took us through a grate we hadn’t really seen, and into a massive underground cave structure. Provins was a major wool production centre and in the 18th and 19th Centuries the ground was mined for a type of clay that was used to degrease the wool. It was quite amazing to see. There were all sorts of rooms which had been constructed. There was also graffiti from the 18th and 19th century. 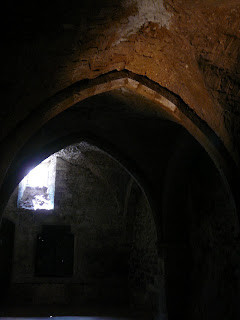 We came back into the light and explored the rest of the upper town: 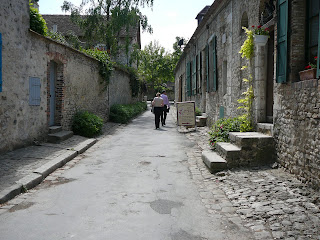 The three major features are Caesar’s Tower, The Saint-Quiriace Collegiate Church and the ramparts. On the way up we visited the Provins museum housed in one of the oldest buildings in the city – a Roman House from the 12 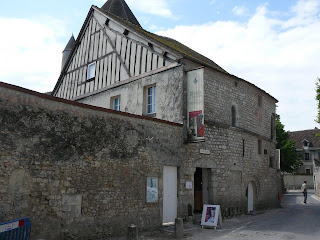 Caesar’s Tower is a traditional looking castle structure that towers over the city. Apparently it was originally built as a defensive structure in the 12th Century, but it wasn’t particularly useful for defense so over time it was converted to use as a prison and a watch tower. It was great to be able to walk all over the structure and it had great views all over the city. 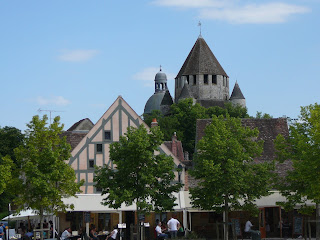 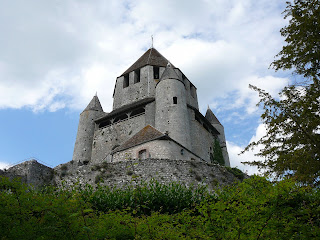 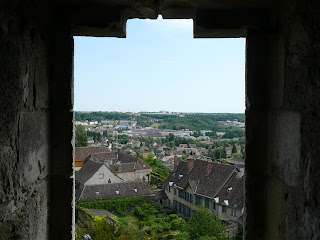 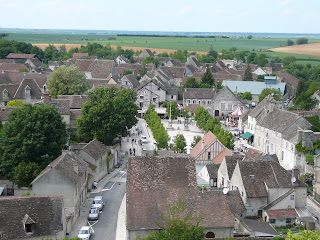 Next was The Saint-Quiriace Collegiate Church, just down the road from the Tower. The church was an example of a whole lot of things that were never finished. It was begun in around 1176 but they ran out of funds to complete it. It was supposed to reach almost over to Ceasar Tower, but never did. According to a plaque on the side of the church, if we interpreted it correctly, Joan of Arc attended a service here at one stage. 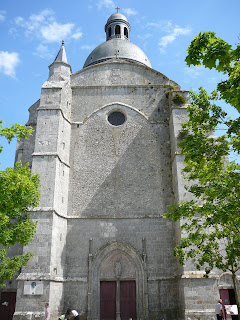 We decided that we would do the rampart walk. About a third of the upper town has the ramparts surrounding it. You head out one gate and go out into the country side – it was nice to spend some time just looking at empty fields after the huge density of Paris – we then went back in and headed around the walls. They are immense when seen from their base. 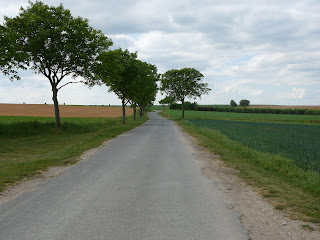 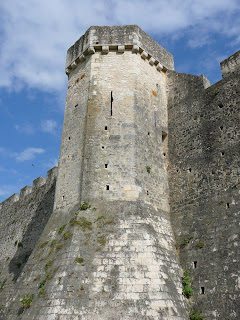 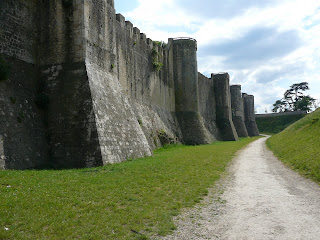 Once we had finished this, we did (as we often do) the tourist office almost last and watched a video about the town, again all in French. We then headed back into the city. On our way through we stopped at the Tithe Barn where the Friars of Champagne held a covered market in the 13th Century. There is a reasonably cheesy display of people plying their trade, but the building was cool. Most helpfully the attendant at the entrance was able to give us some directions about where to eat. He confirmed Gary’s maxim – to always eat away from the tourist spots. He gave us the name of a couple of places in the lower town where he would eat. Given that we would arrive home late we thought it was good to eat in Provins.

We took one of his suggestions and had a great meal as the sun set dining out on the street. It was a really nice way to finish a great day.

For details on travel to Provins, and what to see and do, check out www.beyond-paris.com/provins.