Paris off the beaten track: Where are Les Halles

Last weekend the "off the beaten track" location was the Le Jardin d'Agronomie Tropicale in Nogent-sur-Marne. If you are visiting the tropical garden, visiting the Pavillon Baltard is an interesting side trip, although probably not worth the trip just by itself.

First, some history: right in the middle of Paris is a large shopping center called Forum Les Halles - where the major metro stations Chatelet and Les Halles come together.


The Les Halles area was the traditional central market area of Paris. Massive halls, known as Les Halles, were errected from the back of the old chamber of commerce beside the Eglise Saint-Eustache. Les Halles was described by Emile Zola as the "Belly of Paris". Zola described a busy marketplace; Les Halles was a collection of large warehouses made of blue and green steel girders with glass windows.

Les Halles suffered from the new economy in the 1950's - 1970's and gradually became in need of significant repair, further reducing its patronage. Eventually, in 1971, Les Halles was dismantled and all of the halls were removed. 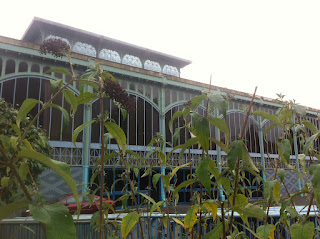 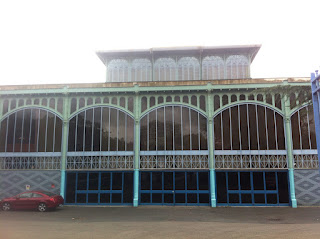 Now the pavilion is a space for concerts and exhibitions, so unless you are attending something specific you aren't able to enter the pavilion  but its easy to view from the outside.

Although, it is a nice little detour to see a part of Paris' history if you are out visiting the Le Jardin d'Agronomie Tropicale. Its probably not worth the trip on its own (unless you are a huge fan of the history of Les Halles), but its nice to know that these little pieces of history still exist. 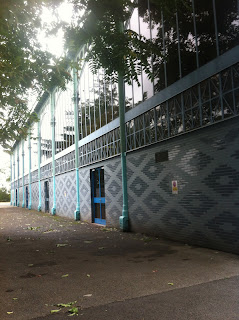 How to get there: Take the RER A line to Nogent-sur-Marne. This is in the 3rd zone, so if you are travelling from Paris you will need to buy a specific ticket for this (ie the Paris Metro T+ ticket won't let you out). Take exit #3 from the Nogent-sur-Marne RER station and follow the signs to the Pavillon Baltard. If you are visiting Le Jardin d'Agronomie Tropicale walk back to the RER station, walk past entrance #1 to the RER station, turn right past the RER station, cross the interection, turn right, then walk down Avenue Victor Hugo. Pavillon Baltard is on Avenue Victor Hugo. 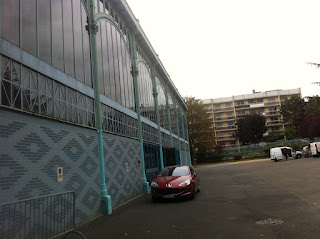 Keep up to date with upcoming "off the beaten track" locations, and ideas for day trips from Paris on our Facebook page and our Twitter account.
Posted by R and M Harding at 07:51