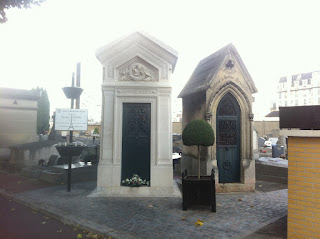 While Gustave Eiffel was born in Dijon, he is best known for Paris' most famous landmark - The Eiffel Tower. However, while Eiffel's tower is his best known work in France (and probably only rivaled by his Statue of Liberty in New York) it isn't the only remnant of Eiffel in Paris. 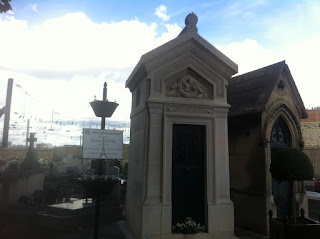 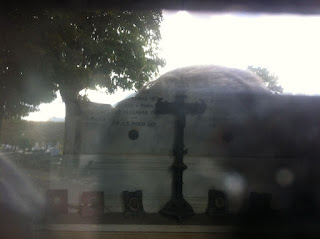 In the Cimetiere de Levallois-Perret is the family tomb of the Eiffel family. The crypt is, for obvious reasons, well maintain, as is the whole cemetery. Inside the crypt is a metal cross and pictures of members of the family who are buried within. 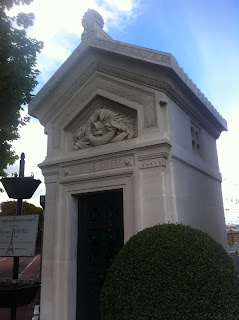 What is obvious about the tomb is that it is out of line with all the other tombs in the area surrounding it. This is because the tomb has been aligned to face the Eiffel Tower - although it is not actually possible to see the tower from the cemetery.


Outside the tomb is some fresh flowers, a well sculptured tree and a small sign acknowledging Eiffel's important contribution to Paris architecture - not just the Eiffel Tower, but his other works as well. 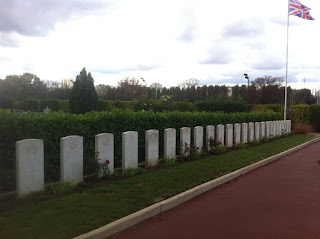 Also in the cemetery is a very small set of war graves (around 30), including graves for UK, Australian, Canadian and New Zealand war dead where the Union Jack is flying. Levallois was the site for the Hertford British Hospital (now l'institu Hospotalier Franco-Britannique). 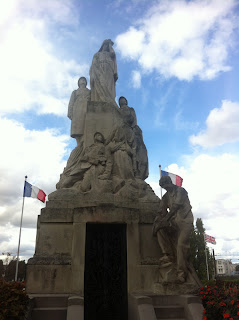 Also of interest is the the cemetery is the grave of Maurice Ravel, who composed the famous classical piece "Bolero", the "Red Virgin of Montmarte" Louise Michel, and because of the importance of Levallois to the birth of the French Taxi industry (G7 began its first incarnation in Levallois), there is a memorial to fallen taxi drivers as well (remembering that many taxi drivers died taking soldiers to the front lines of the war). 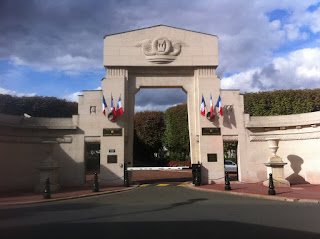 How to get there: To get to the cemetery take the Metro 3 line to the end of the line at Pont de Levallois Becon. to Pierre. There are two options - the nicer walk is to Metro exit number 1 and follow Avenue Georges Pompidou through Place Georges Pompidou. After you have passed through a small square park and gone down Rue Leon Jamin, turn right when you reach the school (College Louis Bleriot) and then left again along Rue Collange following the side of the school. This will take you to Place du 11 Novembre 1918. This is the corner of the cemetery. Take Rue Baudin to the entrance to the cemetery.

The other option is to take exit 3 from the metro and follow Rue Baudin (head towards Square Mathilde Giraud, it should be on your right). You can follow this road all the way to the the cemetery entrance. Its less scenic, but you do get to see this. 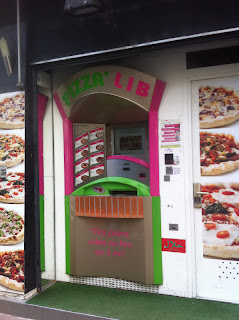 When you enter the cemetery, head straight down the main driveway until you reach a large round memorial in the centre of the the road. Turn right at the roundabout. The tomb is on the corner of divisions 5, 6 and 7.

Keep up to date with upcoming "off the beaten track" locations, and ideas for day trips from Paris on our Facebook page and our Twitter account.
Posted by R and M Harding at 08:09